Developing on the Classics, Part I

In my game development courses, I will often ask my students to take an existing game – blackjack, hopscotch, Jenga – and try to make a new game from those basic rules. It’s a common exercise, and quite a good one for beginning designers, as you have a clear and well-defined game rules.

At the start of this semester I asked my student to riff off one of the oldest games ever, Rock Paper Scissors. There are quite a lot of variants, all known as “ken” games, from the Japanese word for “fist”.

This year, students looted my supply of prototyping stuff – a vault of cards, tiles, dice, tokens, etc. that I use to throw a game together for testing.

One team grabbed the Personal Oracle deck, a cool deck of loaded symbols primarily used for divination. Their game revolved around memory and card-swapping. 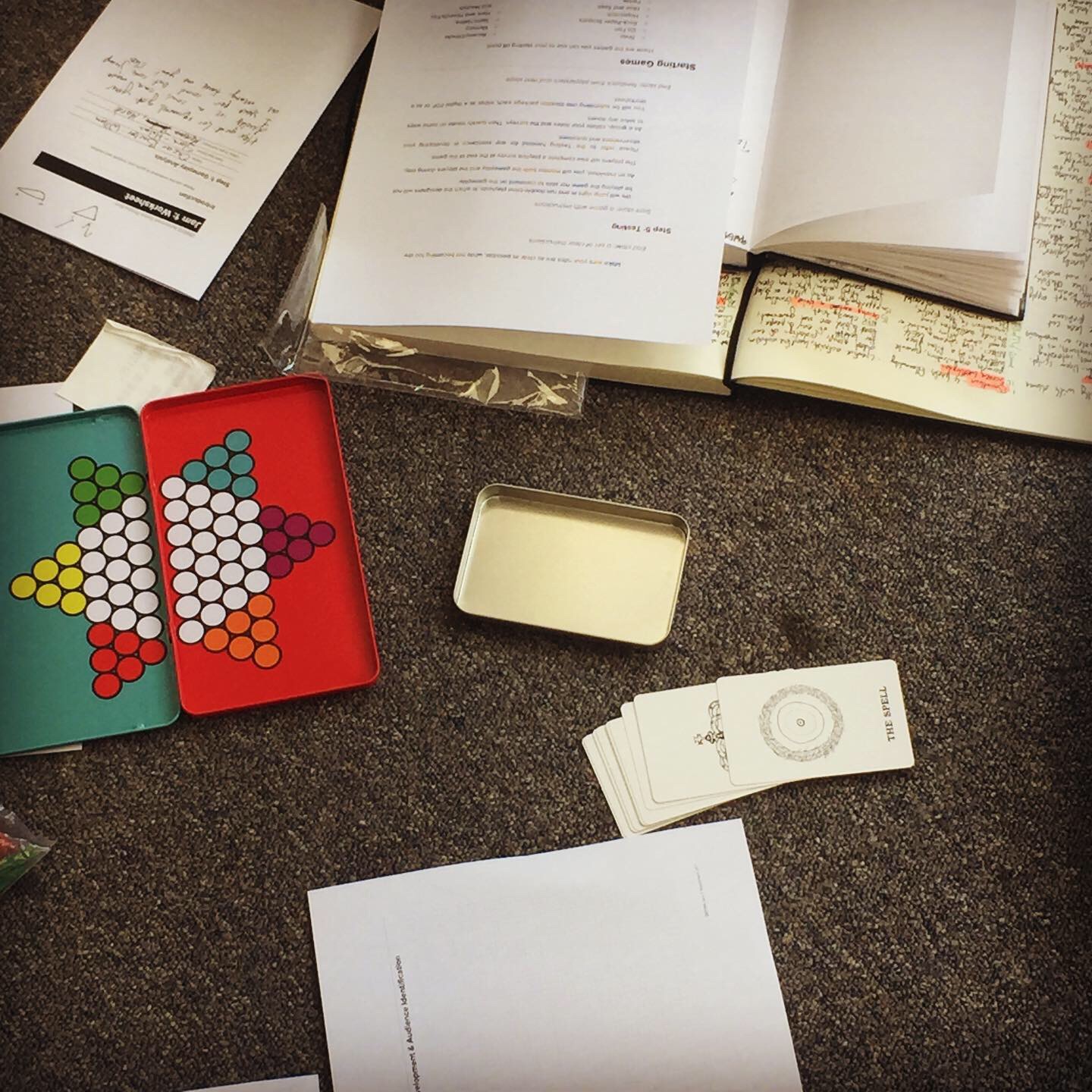 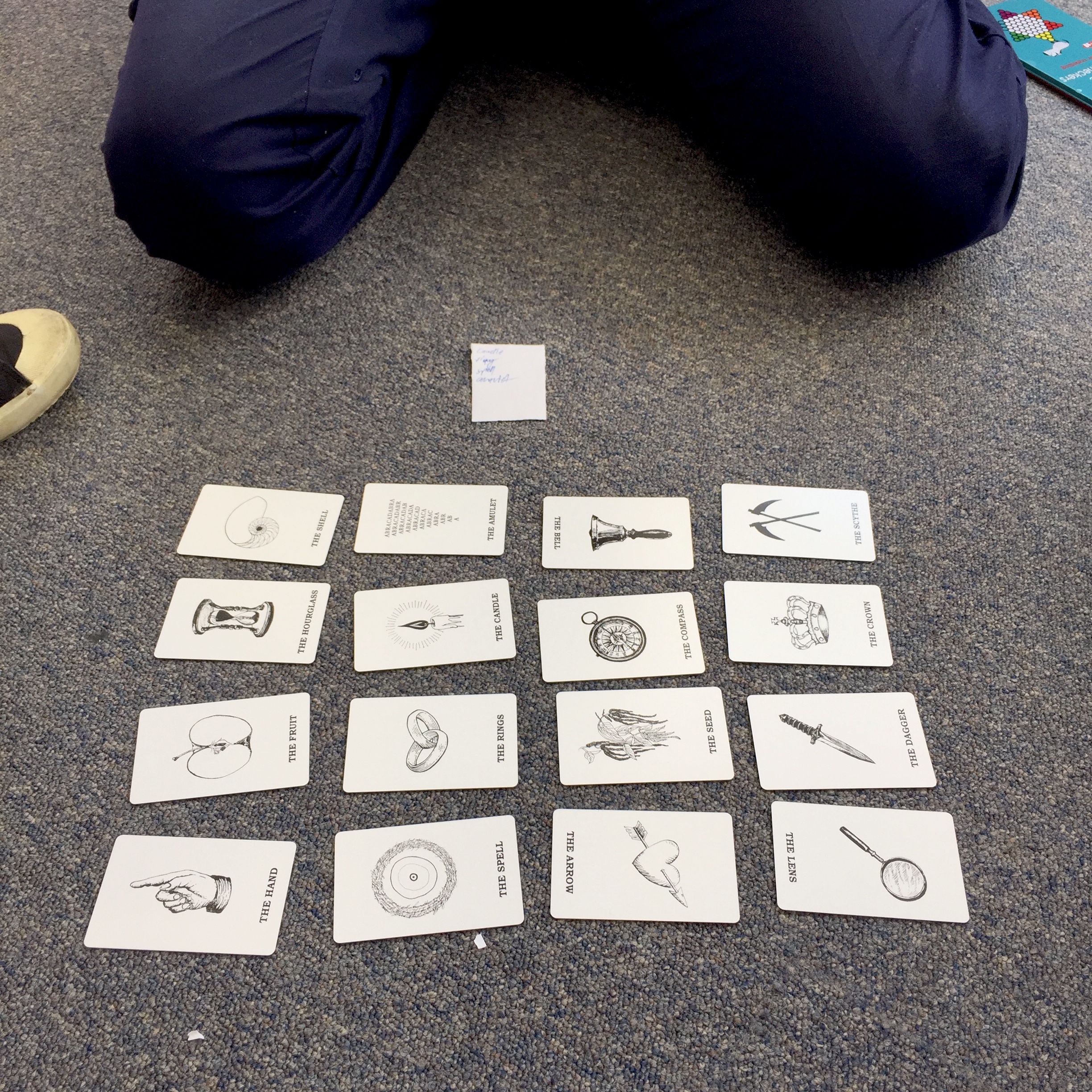 One team gravitated towards the hex tiles. After making a suggestion of corrolating the six sides with the three throw choices, they were off.

Here are some photos from the initial playtest of the game they developed: 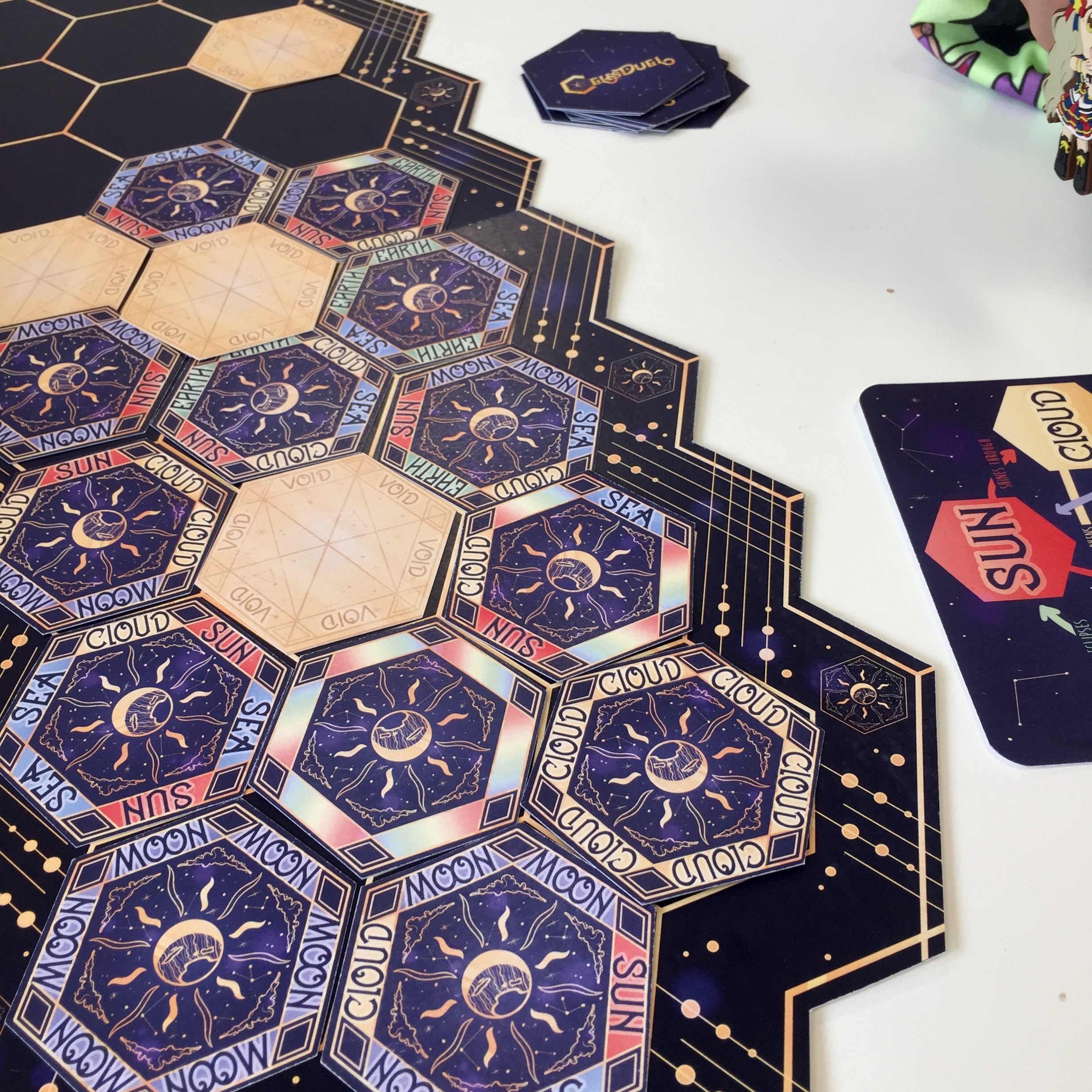 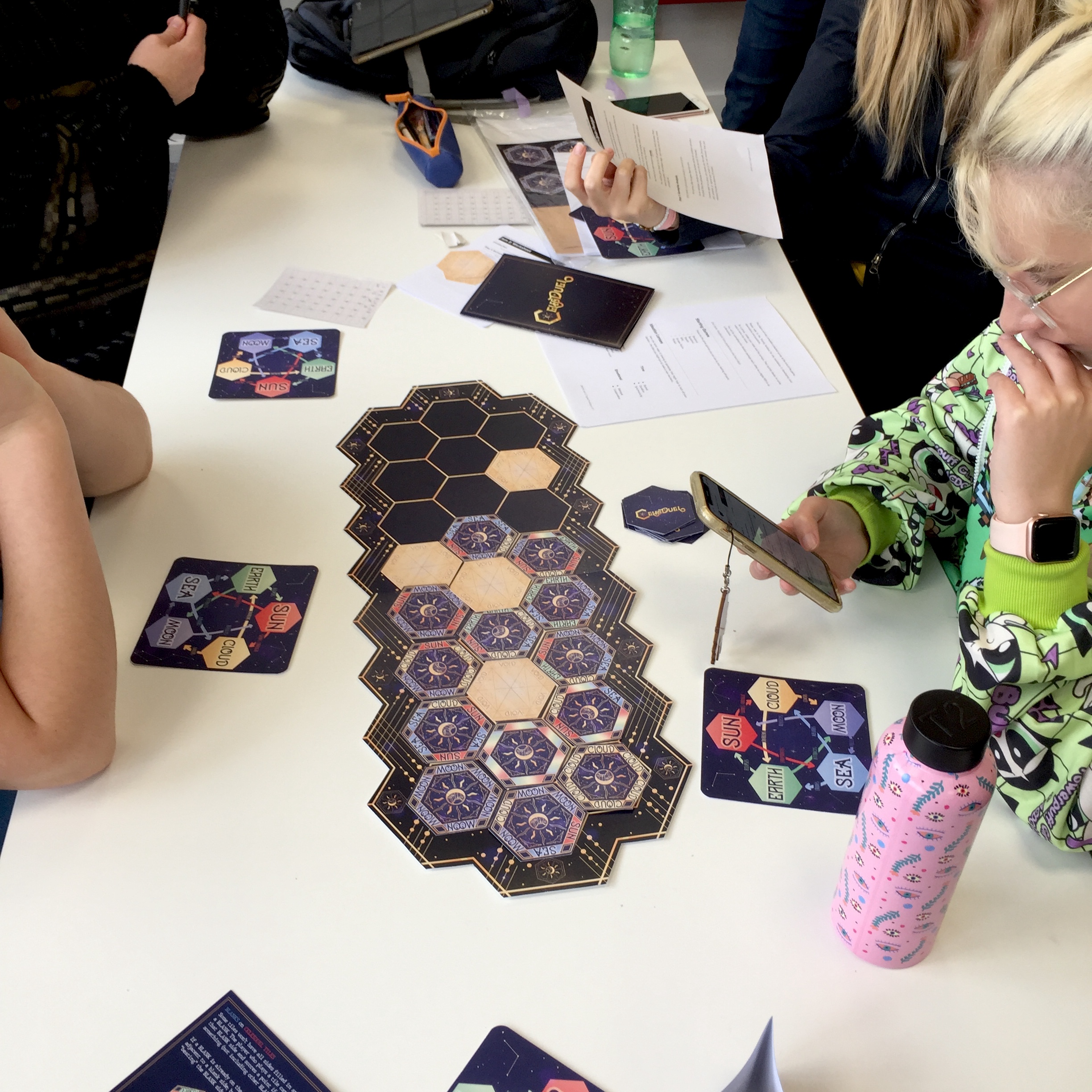 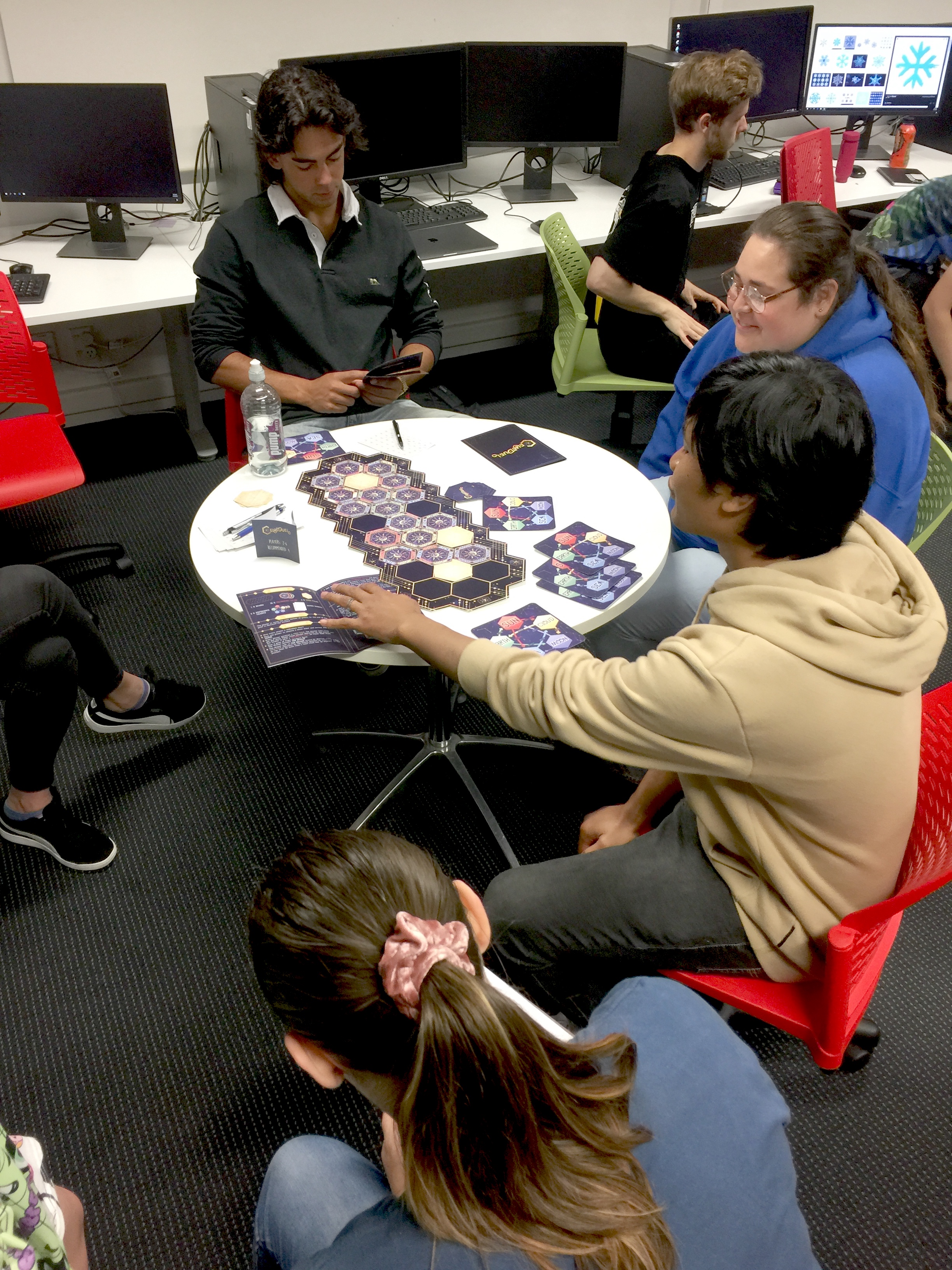